I will never forget it. My junior year of college was one of the most racially charged time periods in my life, much like what we are experiencing today across the United States.

Five events took place in one month at the University of Texas at Austin:

It was a tremendously rough time for us. Black students gathered at an InterVarsity Black Campus Ministry for bible study, and then it happened: the moment that forever changed my view of every culture, the kingdom of God, and what racial reconciliation can look like. Our campus minister, Corey Tabor, said, “I have a surprise for you,” and the over 150 students poured into our room.

Black students were surrounded by White, Asian, South Asian, and Latino students. They all had flowers in hand and several had tears in their eyes. Sabrina Chan, Corey Tabor, Fara Choi, and Eric Vogt, who were part of that diverse team of campus ministers, stood in aisles. David Hanke, the white former Austin Area Director who now pastors in Arlington, VA, came to the front of the room. I saw someone who was a prolific speaker stand in front of us with trembling hands and voice and an endless stream of tears.

David looked at us and said, “We are here tonight because we are your family. I want you to know I am so sorry this has happened to you. I want you to know we love you and you are welcomed here. We simply want to pray for you and give everyone a flower.”

We were all in tears. It spoke to wounds we had buried and forgotten we had.

Wounds we live with everyday.

That was it. David, Sabrina, Corey, Eric, Heather, Lanee, Rebecca, Nathan, Fara and all the other staff there gave us a picture of racial reconciliation and one of the most transformative experiences of my life.

I wish we had more responses like that today. Sadly, we do not.

In the end we will remember not the words of our enemies, but the silence of our friends. - Dr. Martin Luther King Jr 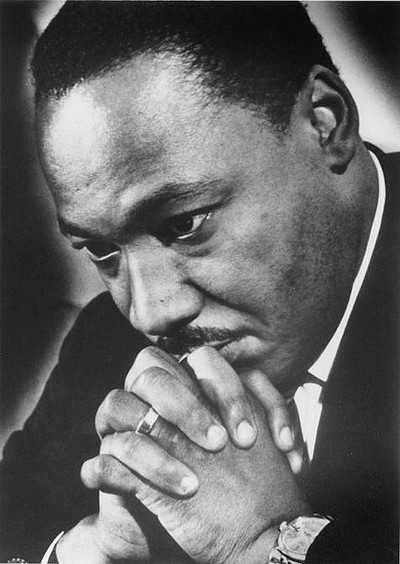 Today, there is a tremendous cross-cultural misunderstanding that takes place whenever incidents occur as in the cases of Michael Brown, Trayvon Martin, John Crawford, Eric Garner…

Today, these incidents occur and there is tremendous silence in and outside of the church, and especially within too many multiethnic contexts, and people are starting to notice. I have White, Asian, Latino, South Asian friends who are starting to look at their own people and get angry at their silence.

I have Black friends who have wept saying, “So many people not Black challenge me about being diverse and engaging in multi-ethnic ministry, but when these events occur, they say nothing. How can they be opinionated about everything but this? I keep waiting for them to say something. I say something. They say nothing.”

What our silence communicates

I know some may find it difficult to speak to their friends on the topic. You may struggle to find the words to say. That makes sense, but that is not what is communicated.

Friends, let me share with you three things your silence communicates:

The danger: It says you have not attempted to be incarnational, to walk in the shoes of a people group you want to do life with. Their culture and experience doesn’t matter. You just want them in the room.

2. You don’t think your voice is needed.

The danger: It says you are apathetic and would much rather wash your hands of the situation than be a bridge-builder and agent of healing.

The danger: It says, “You, your people, don’t matter to me.”

When we are silent:

So, I implore you…please…