A Colonial/Missionary History of Hawai'i 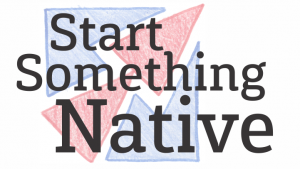 While there are similarities, it is important to hear the distinct story of each Native people group around us. With such knowledge comes the ability to mourn with those who mourn, as well as the opportunity to rejoice in the unique gifts that the Creator has given each nation. Here is a brief sample of one such story.

In Hawai’i there is an apparent division between the Hawaiian church community and the broader Hawaiian community. There is a commonly held belief that being Hawaiian and Christian are two identities that cannot coexist. Therefore, there are many people who stay in one or the other community, or there are others who feel like they have to compartmentalize these two identities, that they have to suppress their Christian identity with cultural or activist groups or events and vice versa. The Church is a symbol of colonization to many Kanaka Maoli (Native Hawaiians); it is a symbol of betrayal and an institution that is often silent with issues facing Kanaka Maoli today. Although every generation has different experiences, this issue is prevalent among Kanaka Maoli college students today. As efforts to revitalize language and culture are increasing, students see the college campus as a place to strengthen their Hawaiian identity with classes being offered or being a part of cultural clubs and living communities. As students grow in their cultural identity, more often than not their faith is abandoned, as they are unable to see the connections between the two. This wasn’t always the case, however, as there was a time in history when Hawaiians were very staunch Christians and staunch Hawaiians; there wasn't a difference between the two.

On January 17, 1893 descendants of the original missionaries who came to share the gospel in the early 1800s illegally overthrew the Hawaiian monarchy. This group of businessmen and sugar plantation owners called themselves the “provisional government” who saw the Hawaiian people as “barbaric heathens.” The reigning Queen Lili’uokalani chose not to retaliate with violent weapons, but to avoid bloodshed, she resisted peacefully, entrusting the throne into the hands of God. She continually spoke out for the independence of the Hawaiian Kingdom, including a direct appeal to US President Grover Cleveland. It was a devastating time for Hawaiians, and yet they persevered and protested through signing of petitions, lobbying the American government in Washington, fasting and praying, resigning their occupations as they refused to give loyalty to the provisional government, and singing songs that are sung today reminding us of a deep pain yet to be healed. There is much to be said about the overthrow, but what must be mentioned is the indoctrination and brainwashing of our great-grandparents to our parents today that lament the loss of their language, stories, and culture. The American government rewrote history, retold a false narrative in schools and the world outside of Hawai’i, banned hula, language, and many practices and traditions for the sake of assimilation, and enforced a new system by an illegally occupying government.

We live in an exciting time in which stories that were hidden are now coming to light, and we are living in a cultural and language revolution. With Hawaiian immersion schools, and even degrees offered at the doctorate level in Hawaiian language and cultural revitalization, we are seeing Hawaiians grow in their confidence and love for their rich ethnic identity. We are now learning about the real histories of our people and with that comes much freedom, but there still remains much bitterness towards the church and American government. Yet we are encouraged by the bold words of our beloved Queen Lili’uokalani as she declared,

Oh, honest Americans, as Christians hear me for my downtrodden people! Their form of government is as dear to them as yours is as precious to you. Quite warmly as you love your country, so they love theirs. With all your goodly possessions, covering a territory so immense that there yet remain parts unexplored, possessing islands that, although new at hand, had to be neutral ground in time of war, do not covet the little vineyard of Naboth's, so far from your shores, lest the punishment of Ahab fall upon you, if not in your day, in that of your children, for ‘be not deceived, God is not mocked.’ The people to whom your fathers told of the living God, and taught to call ‘Father,’ and now whom the sons now seek to despoil and destroy, are crying aloud to Him in their time of trouble; and He will keep His promise, and will listen to the voices of His Hawaiian children lamenting for their homes.