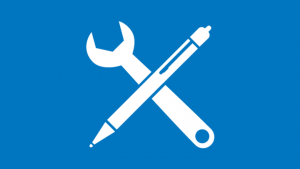 A term that we use in InterVarsity to describe God’s value for people of every ethnicity and culture.

Race is a form of biological grouping defined by skin color and other phenotypical manifestations (shape of facial features, hair type, etc.).

Ethnicity is a form of historical grouping defined by people who share a common heritage, a common story.

Culture is a form of social grouping defined by people who share a common pattern of relating, ways of doing family, social behaviors, creative expressions, deep values, and religious and philosophical perspective.

A campus strategy that involves having multiple chapters that are organized by region of campus, ethnic focus or strategic focus.

A fellowship that is seeking to reach, include, and empower students from every ethnicity and culture on campus.

A fellowship that strategically focused on reaching a particular ethnic population or populations on campus.  While they are “specific” in focus, they are committed to welcoming and including all.  Ethnic specific chapters will typcally have significant ethnic diversity within its focus.  For instance, in a Black Campus Ministry group there may be African Americans, Afro-Caribbeans, Africans, etc.

A chapter or group of chapters that is effectively reaching, including, and empowering students from every ethnic group on campus.  This effectiveness is characterized by both reflecting the population of the mission field and by mutual affirmation and partnership among students in the ministry.

The ability to interact effectively with people of various cultures and ethnic backgrounds, particularly in the context of student/faculty ministry, camps, office work, and organizational management.  To acquire greater intercultural competency one must continually grow in the following areas: biblical understanding, historical knowledge, personal awareness, and skills development.  This must exist in a context of constant learning and honest humility for an individual’s competence to result in ministry effectiveness.