A powerful, prophetic message, both then and now 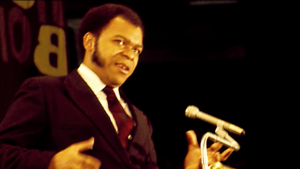 In 1970, Evangelist Tom Skinner gave a keynote address at the Urbana 70 Student Missions Conference where he called for a radical, just Christianity that set people free both spiritually and physically. He powerfully spoke into the climate of protest, activism of that student generation and was a major catalyst in InterVarsity's racial journey and the development of Black Campus Ministry.

This is a significant and helpful clip for anyone interested in the connection between racial justice, evangelism and missions.

For the full transcript, visit Urbana.org: