What Exactly is Multiethnic Ministry?

What exactly is multiethnic ministry?

In InterVarsity we have a specific take on what most organizations call “diversity:”

Multiethnic ministry means to reach, include, and empower students and faculty of every ethnicity and culture for God’s purposes in the world.

The three verbs in that statement describe what we do when we say “multiethnic ministry.” We reach. We include. We empower. And what makes our approach distinct from many others is that we don’t stop at just the first verb, or even the second verb, but insist in all three.

We Reach: The Heartbeat of God’s Mission

God’s desire to reach “all nations” (literally “all ethnic groups”) is all over scripture:

Recently, the church has invented a whole new discipline called “missiology” to direct attention to this Biblical mandate and intentionally study how to overcome barriers towards every ethnic group hearing the gospel in their own “heart language.” 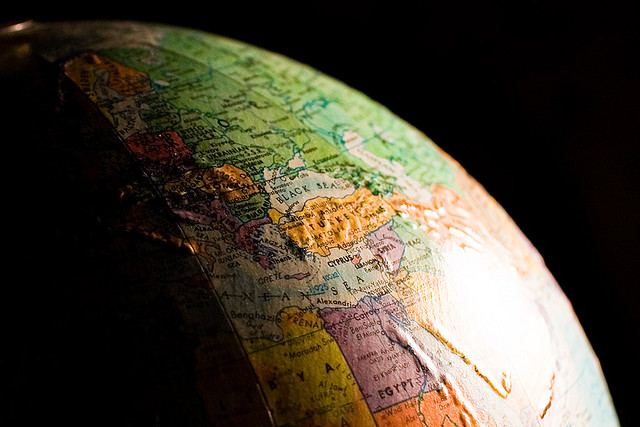 The worldwide mission of the Church is to bring every ethnic group into hearing range of a gospel invitation. But in order to do that, our communities can’t be just about ourselves – we need to be about those outside our community

Think about it: Let’s say we’ve grown in inviting friends into our ministries. But most likely, we will have significant things in common with our friends, and so our friends by and large will be a lot like us. And even when we reach out through conversational evangelism or proxe stations, take a moment to be aware: Aren’t we disproportionately drawing and connecting with people who are like us?

We need to be about communities in every corner of every campus who are beyond hearing range of the gospel, many of whom will look and feel very different from us. This impulse to reach new groups on campus – even new campuses and new kinds of campuses – is the heartbeat of God’s mission.

Most likely, our current strategies reflect the best way to reach those already in the room.

For this to happen, here are three principles to incorporate into your outreach strategies:

We Include: Why just reaching isn’t enough

Everyone wants diversity in the room these days. I’m glad. It makes a difference.

But there are wrong ways to bring diversity into the room. The first century church had effectively reached Gentiles in Galatia. But they wanted to bring unity by forcing Gentiles to become culturally Jewish, or else remain second-class. Paul flatly declared this as “not in line with the gospel” (Gal 2:14).

Is your ministry practicing inclusion or simply settling for colorblind diversity?

I was once on a Spring Break project where we had a fairly diverse team. However, the Chinese American majority began to make more and more comments and jokes based on understanding Mandarin. We had reached a diverse population on our team, but we had not included them.

Inclusion is about navigating cultural difference in ways that move toward increasing understanding without minimizing or dismissing differences. Sure, we can reach a diverse audience by being colorblind. However, in “colorblind diversity,” there is almost always a group that sets what is perceived as “normal.” To the degree a person deviates from “normal,” they will remain second-class.

Here are five signs that our ministries are growing in inclusion:

Is your ministry practicing inclusion or simply settling for colorblind diversity? For those who want to grow in this area, we have a tool called the Cross Cultural Competency Wheel that describes four areas of learning necessary to inclusion.

We Empower: Why inclusion isn’t enough

Why the history lesson? It demonstrates that the impulse of the gospel doesn’t just reach new ethnic groups. It doesn’t just include them. It goes further to empower those ethnic groups to take leadership in the community and its mission.

The book of Acts shows how newly reached and intentionally included ethnic populations were also empowered to become leaders that impacted the character of the community and the direction of its mission. This happened again and again – with the inclusion of the Hellenistic Jews (Ac 6:1-7), the Samaritan mission (8:4-5, 14-17) and the inclusion of Greeks in Antioch (11:19-21, 13:1-3).

Have you been led by someone from a different ethnic background than you?

Until we reach this point, we have not experienced the full potential of multiethnic ministry. In order to empower others, we need to cross culture and also to multiply power.  (See Andy Crouch’s Playing God for why I say “multiply” rather than simply “share” power.)

Here are three values for empowering multiethnic ministry that InterVarsity is pursuing:

I’m not sure I’ve ever seen reaching, including, and empowering happen all at the same time and with excellence. I know I haven’t seen it in my own leadership. In InterVarsity, though, I am grateful to have fellow dreamers, pray-ers, and laborers who will not be satisfied until we experience all three.

My dream is that in small groups and chapters, staff teams and national departments, we will seek to empower people from all ethnic groups to give leadership to the mission. There will even be some places where the dominant ethnic leadership culture may change. When that happens, we will have come full circle and the opportunity will lie before us to “reach, include, and empower” once again.