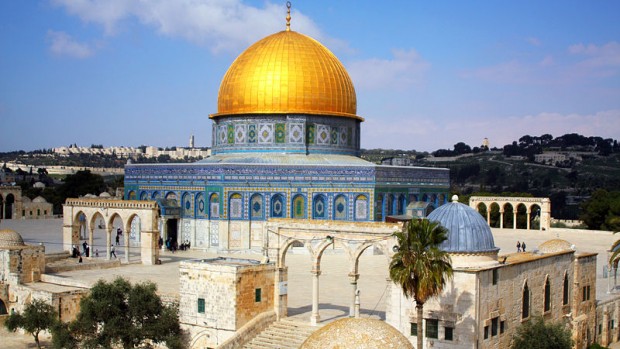 Have you ever been told in an evangelism or missions talk to “begin in your Jerusalem?”

What did the speaker mean by that?

Chances are they were wrong.

What did Jesus mean by “Jerusalem?”

Acts 1:8 reads: “You will receive power when the Holy Spirit comes upon you, and you will be in my witnesses in Jerusalem and Judea and Samaria, and to the ends of the earth.”

This glorious passage reminds us that Jesus intended his disciples’ witness to reach no less than the ends of the earth.

It also reminds us that they were to begin in Jerusalem.[1]

Was Jerusalem the place where Jesus’ disciples would have most easily fit in, where their natural social circle was found? If Jesus had meant that, he would have told them to begin in Galilee.

For all my life, I have almost always heard Jerusalem described as your own immediate social circle – friends and families. The implication was that our witness should start with those closest to us, with places where we already belong, fit in, and have relationships.

But is that what Jesus meant? Was Jerusalem the place where Jesus’ disciples would have most easily fit in, where their natural social circle was found?

Think about it: If Jesus had meant that, he would have told them to begin in Galilee. That was home for almost all the disciples were from, and where they would find their most natural social connections.

Jerusalem was drastically different from Galilee. New Testament scholar RT France points out the many ways that the northern region of Galilee differed from Jerusalem racially, politically, culturally and even religiously.

Even an impeccably Jewish Galilean in first-century Jerusalem was not among his own people; he was as much a foreigner as an Irishman in London or a Texan in New York. His accent would immediately mark him out as ‘not one of us.’

So what was Jerusalem to the disciples? It was indeed “their people” in the sense of being Jewish, but it was not their place of fit or belonging.

Jerusalem was the cultural center of gravity in Israel – it was the place where people were “more Jewish” than they, were more “into” being Jewish than they, and where the “better” and “real” Jews belonged.

In modern language it was the location of “high identity” Jews. For the disciples, it was also the place that had rejected and killed Jesus.

Jerusalem was the place where they had most reason to expect rejection and perhaps even death. And yet, Jesus told them to begin there.

Being sent to our “Jerusalem”

So what is your Jerusalem? Is it your own family or ethnic group? Certainly. Your neighborhood, social circle, or interest group? Absolutely.

But Jerusalem is NOT “your people” at the place of your greatest comfort.

Your Jerusalem is not the place of your greatest comfort.

Rather it is “your people” at the place of greatest cultural intensity – those who represent “your people” with the highest identity and who set the pace – good and bad – for the rest. It is also “your people” that you most have reason to fear – where rejection is the most painful and likely:

So what is your Jerusalem? And will you begin there?