Does InterVarsity Reach “Too Many Asians?”

That was a suggestion from a Chinese American student leader as our InterVarsity fellowship prepared for freshman outreach.

For the past couple years, our student leadership core had gone from having very few non-Whites to being about half Asian American.  Possibly as a result, we were attracting markedly more Asian freshmen and, in turn, developing more Asian American leaders.  So we began to wonder if we had become “too Asian” to reach other populations.

Over the past couple decades, several InterVarsity groups across the country have transitioned to being majority Asian American fellowships.  Asian Americans are a sizeable and growing population among InterVarsity staff, management, and participants at our flagship Urbana Student Missions Conference.

In the midst of this growth, a question has emerged in our organization: Have we reached a point where “too many Asians” keep us from attracting and retaining non-Asians?

Have we reached a point where “too many Asians” keep us from attracting and retaining non-Asians?

Scholars have examined this “tipping” dynamic in neighborhoods and even InterVarsity chapters. “Tipping” occurs when a particular threshold of minorities is reached in a group or neighborhood.  Past that threshold (which can vary but is usually far less than 50%), it becomes rapidly less attractive to other ethnicities, particularly from the majority culture.

The question is: When “tipping” happens, should we be worried?  Or not?

Are minorities off the hook in being inclusive and cross cultural? Are we justified in segregating or “self-segregating” just because we are not the majority culture?  Absolutely not. A predominantly Asian fellowship is just as responsible for having an eye toward “all nations” as any other fellowship. 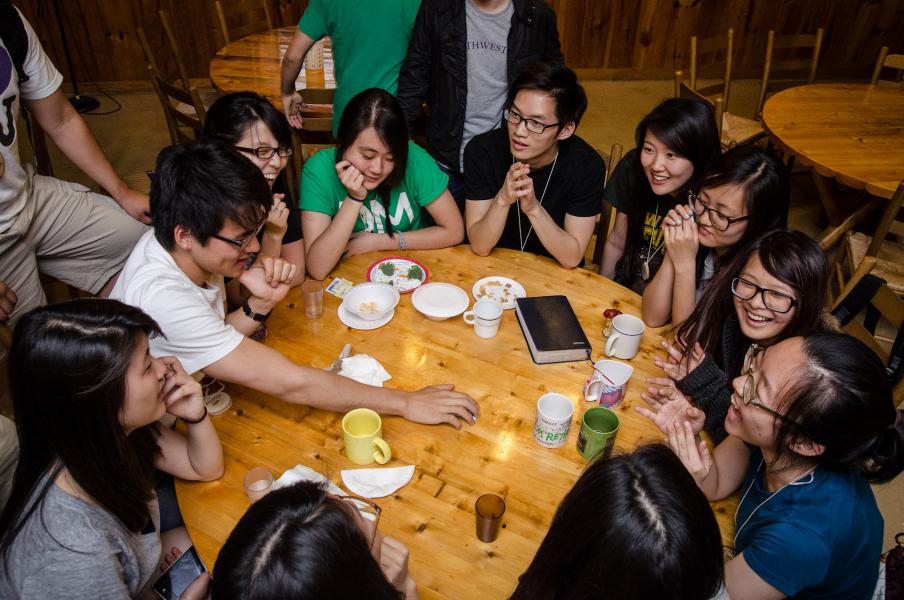 3 Problems with Worrying about “Too Many Asians”

But there are subtle and not-so-subtle problems in worrying about “too many Asians.”

1. It can be a form of apologizing for the reached.

Although I am always responsible for reaching the unreached, I have staunchly refused to apologize for the people we are reaching. That was true while I led the “most Asian” fellowship in our state (and the surrounding states).  It remained true when I led a half-dozen campuses comprising InterVarsity’s “Whitest” area.  In both cases God was doing amazing work in transforming lives – lots of them.  The large number of changed lives was not a problem, whatever their ethnicity.

2. It can promote cultural inferiority.

Some of us, including many Asian Americans, have struggled with feeling culturally inferior to the majority, or other minority cultures.

So when we say – explicitly or implicitly – that we might be reaching “too many Asians,” it also says to the students who are coming that they are a problem. And a problem specifically because they are Asian.

Even while trying to reach other populations, it’s important to explicitly celebrate the people in the room and not hint that we’d prefer that some of them not be there.

3. It could miss what God is actually doing.

My third, and biggest reason, for not bemoaning “too many” Asians has been the result.

During the season where Asian Americans became more common, my InterVarsity chapter went from being known as smart but arrogant at regional conferences to being known as delightfully teachable.  We also began to have higher and higher percentages of non-Christians in the chapter.  Could God have done this without bringing Asians into the chapter?  Of course.  But He chose to do so BY bringing Asians, with our distinctive culture, into the chapter.[1]

As our staff population has become more Asian nationwide (now about 15%), InterVarsity is seeing historic highs in students involved, new believers, as well as a dramatic rise in our number of Black and Latino students.  I can name specific Asian American leaders who have played critical roles in that growth, including specific Asian cultural gifts they used in doing so.  Could God have done this without us?  Of course He could.  But He didn’t.

If we become fearful of reaching “too many Asians,” we might inhibit a powerful way God is currently at work.

And the Urbana conference, while remaining roughly the same size, has seen sharp increases in the number of attendees who commit to short and long-term missions.  Could God have done this at Urbana with no Asians in attendance or leadership?  Absolutely.  But is it a coincidence that bi- and tri-cultural students from immigrant churches are committing in high numbers to cross cultural missions?  Doubtful.

God is using Asian American students and staff in our movement to advance his mission to all nations.  If we become fearful of reaching “too many Asians,” we might inhibit a powerful way God is currently at work.

Alternatives to Worrying about Reaching “Too Many Asians”

Rather than worry about reaching too many Asians, how about asking God what kind of Asians we should be producing?  In other words, how do we steward and disciple the particular profile of students God is bringing?

In the 90’s, InterVarsity Press published the first ever discipleship materials contextualized for Asian Americans.  Today, InterVarsity’s Asian American Ministries continues to have a vision for leading the children of Asian immigration to become culture-crossers and culture-makers for the sake of the gospel.

Rather than worry about reaching too many Asians, how about asking how the people who are coming can uniquely help reach populations that aren’t?  For instance, InterVarsity has initiatives to grow our impact among unreached Asian American populations, such as South Asians and Southeast Asians, secular Asian organizations and Asian fraternities and sororities.  And a great many of our Asian American staff are offering our distinctive flavor of cultural agility and creativity in international student ministry, grad and faculty ministry, arts ministry, and ministry among non-Asian ethnic groups.

Are we reaching too many Asians?  I say, not nearly enough!